The spiritual journey of Saint Bruno is characterized by the search for God in solitude, this God he knows to be intimately present in his heart. It would be desirable that the members of the CLC consecrate every day, according to their possibilities, a few moments to silence for: prayer of the heart, meditation or reading. (Gd 1)

CLC officials will provide, at the disposal of their members, a few essential elements to help in the development of this prayer (texts, life of St. Bruno, order history, excerpts of the Statutes of the Order). (Gd 2)


Customs
Just as was at the beginning of the Order, the Carthusians have continued to adjust their observances by customs, admitting nothing that was first proven and sanctioned by experience. The various adaptations have also focused most often on very accessory details. Carthusian life, completely remote from the outside world, stands above contingencies and, broadly, remains the same. 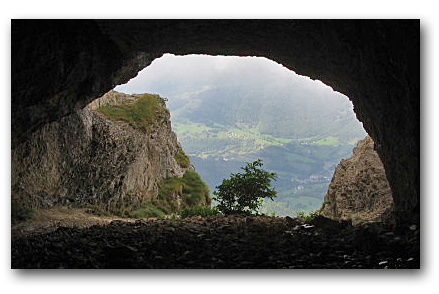 We read in the brief (cited by Tromby, vol. II, App. I, p. LX) addressed to him by Urban II of Benevento, in 1091, the third year of his pontificate: "Dear son Bruno, who lives with our Person, working on the preparation of councils which should be celebrated soon, you have told Us that, in accordance with the requirements of the Institute you founded, you must live only in the deserts and solitary places, not in camps and populated centers".

Authorship
The influence of Saint Bruno in the progressive organization of the Carthusian life spans 17 years, from 1084 to 1101. The constant tradition of the order is that Guigues I would have in 1127, only put in writing the customs originally introduced either directly by Saint Bruno himself or by Landuin under his direction. Guigues, however, seems to say in the prologue to his customs: it is the bishop of Grenoble, is it written, who compelled him to write the first official customs of the hermitage of Chartreuse. He admits having become long overdue in accomplishing this task, not seeing its necessity, and not recognizing himself the merit or ability required for such a task. The title "Consuetudines Domus Cartusiae" explains all the work, Guigues does not say what he wants to be done, he puts down in writing what has been practiced up until then. He is not a legislator, he is a witness, he notes, and so the formula that comes back most often is "consuevimus hoc agere". Who is the first author of the Carthusian customs? It is Saint Bruno himself. (La Grande Chartreuse by a Carthusian, Grenoble, 1930, p 41).

Sources
Among the reasons which have been invoked by Guigues for delaying the composition of the customs, he first mentions: "It is that we believed that almost everything we used to do religiously here, was contained either in the Epistles of the blessed Jerome, in the Rule of the blessed Benedict, or in other writings by a recognized authority". It is clear from this passage, writes D. Le Masson, how freely Saint Bruno and his successors acted when they had to select and organize a way of life. They let themselves be guided by the spirit of prudence, without tying themselves to any particular rules or constitutions which had once been made to regulate the various monastic orders both from the Orient and Occident. Saint Bruno did not actually select any "modus vivendi" which had not already been praised by St. Jerome, St. Benedict and others in their writings, but he did not want to oblige himself thereby to observe their rules. It is merely to gather, to compose, as a spiritual bee, honey and wax, very well his own (Disciplina, p.55, PL., 152.298). Guillaume d'Ivrea declares that the Statuta are drawn in part from the Rule of St. Benedict, letters of St. Jerome, conferences or Lives of the Desert Fathers, works of Cassian, and other Fathers of the Church. Why the Carthusians could not adopt, as is, any pre-existing rules, is because of the special blend of solitary and common life that composes their lives. Saint Bruno probably inspired himself of the Rule of St. Benedict, but he took from it only what was suited for solitaries.

1st prescription
The 1st of 21 prescriptions that would have been composed by Bruno and Landuin is conceived as such: "It is the Holy Gospel of our Lord Jesus Christ with the Catholic interpretation of the Doctors of the Church that will serve rule to all Carthusians; it will also be the living examples of monastic life, given by the fathers who have preceded us in the eremitical life, or of (perfect) observance of the evangelical counsels given by the patriarchs of the religious orders".

Originality
From the different forms of monastic life which existed before him, Bruno clung to none: neither to those of completely independent hermits, nor to any of the cenobites following a common life, nor to that of anchorites, who before conducting a solitary life, were first formed in a monastery. Bruno inaugurated a fourth way to live in the desert. The novelty was that a predominant part of solitary life was united with a minimum threshold of cenobitic life to make the Carthusian hermit profit from the most sought after benefits of common life, without compromising his solitude. This ideal where the cenobitic life joins the eremitical life, not only without essentially affecting it, but also to remove from it its hazards, has the further advantage that it does not require going through a monastery to be formed to the necessary virtues of solitude. The aspirant to eremitical life can enter directly the Carthusian desert when he leaves the world, he will find comprehensive training, both active - in the old sense of the word (ascetic) - and contemplative, and the relevant opportunities to exercise the virtues of both the cenobite and the hermit. As much the cenobitic life than the eremetical life have been returned to their original purity. The Carthusian life, although it should be considered eremitical because of the prominence and greater dignity of its eremitic element, is composed of solitary life and common life. In that Saint Bruno was not strictly a reformer nor a successor, he was to a very large extent, a creator.

Simplicity
The most characteristic feature of the spiritual physiognomy of Saint Bruno is simplicity, understood in the sense of unity, and lack of complication in the soul, loving only God. To an acute degree, Saint Bruno felt the nostalgia of the divine; he has traveled in this world, relieved of all that clutters, going straight to the point, his only desire fixed on God. The simplicity of his spiritual sight, the unity of his life, his complete detachment, his contempt of all earthly things, inspired Bruno's funeral roller enrollment no.126 from the Monastery of St. Vaast d'Arras: "Sic Pater, o Bruno, capis Unum captus ab Uno " which could be translated: "Taken by the One, o Father Bruno, now you are holding the One". And the monk Gaubert of Saint Quentin in Beauvais, said of Bruno that : "he was the only man of his time who had renounced the world" (Title 81).

Obedience
Bruno's plan to break away from the world goes back to the 1077 vow  (Letter to Raoul Verd, PL., 152, 422 C). The sacrifice he made reached its heights when Bruno, to obey the Pope, had to leave the desert of Chartreuse.

O Bonitas!
God's answer, clear, radiant, can be read in the soul of the saint. To one who had sought God for God, he was given a taste how suave the Lord is. The happiness and peace of which he was filled, animate the two letters we have left, from him. Joy beamed on his face: "He always had a face as if he were in a feast", wrote the religious of Calabria, after his death (PL, 152, 554 B). On his lips, one word kept coming up: "O Bonitas!" which has been called "the alleluia of the desert". It was the custom of solitary elders to have these words full of meaning, which were like the breath of their souls, which they continually repeated. Bruno had long accustomed himself to contemplate the attributes of God through His goodness. We read at the beginning of his Commentary on the Epistle to the Romans: "Divinitas id est Bonitas" (PL, 153, 24 C) "Divinity who is Goodness". We love to find this custom in the founder of an order, which many centuries before Saint Margaret Mary, will be the propagator of the devotion to the Sacred Heart (cf.Month of the Sacred Heart by former Carthusian authors by Dom Cyprian Boutrais, 3rd ed., Toulouse, 1886).

Saint Bruno's charism: Carthusians and aspiring SBPCLC's
SBPCLC's and Carthusians would be called to live the same (adapted) Saint Bruno charism. Saint Bruno wasn’t always in a mountain valley hut; he traveled to Rome, obeyed the Pope… he lived “his” ecclesial charism in providential obedience to a duty of state, which took him sometimes out of a greater exterior solitude but providentially to a greater oblative interior solitude; we as SBPCLC's are called to perfect oblative solitude within our duty of state, fleeing voluntarily distractions (wholesome, joyous, balanced, generous, progressing, silent, loving: mortification) as a witness or martyr of this charism of “God only”, which is our eternal (anticipated) beatific life, as Lay contemplatives. In some ways, a Lay contemplative life can be more demanding than a Carthusian life, and in other ways a Carthusian life is more demanding than a Lay contemplative life. All in all, each personal human vocation is the work of the Holy Spirit. SBPCLC's, as well as Carthusians, can have the intimate feeling that they share in the special charism of Saint Bruno. Carthusians follow their Statutes, and SBPCLC's are mandated by the 11 guidelines to “follow the path” (charism) of Saint Bruno “adapted to life in the open world” and eventually write collegially their own customs or Statutes. So the word “charism” is wider than the habit or the cloister of bricks and stones; it is a “mission in the Church”, that SBPCLC’s are, also, “called” to.

At the heart of everything Carthusian, is...
A religious organization defined and justified by essentially reactionary conventions which responded to constant forensic evolution. Essentially reactionary: 'From a spiritual point of view the sacred space of the Carthusian community can be said to comprise three concentric circles: the eremus (charterhouse), the cella (cel), and the sinus (inner self). This ‘topography of solitude and introversion’ reflects a centripetal dynamics, a movement directed inward and towards the centre'. (The Carthusians in the Low Countries, p. 24, forthcoming). 'Denys the Carthusian always refers to mundus. He presents it – in true medieval fashion – as the place of mortal, carnal (as opposed to spiritual) human beings, a world fraught with corruption and hazards where the devil holds sway. To Carthusians this world, which should be spurned, not loved , is uninhabitable. They have left it behind and sought the solitude and seclusion of the charterhouse, the eremus, which is so uninhabitable to worldlings' (The Carthusians in the Low Countries, p. 62, forthcoming). Source

(‘The Carthusians in the Low Countries’